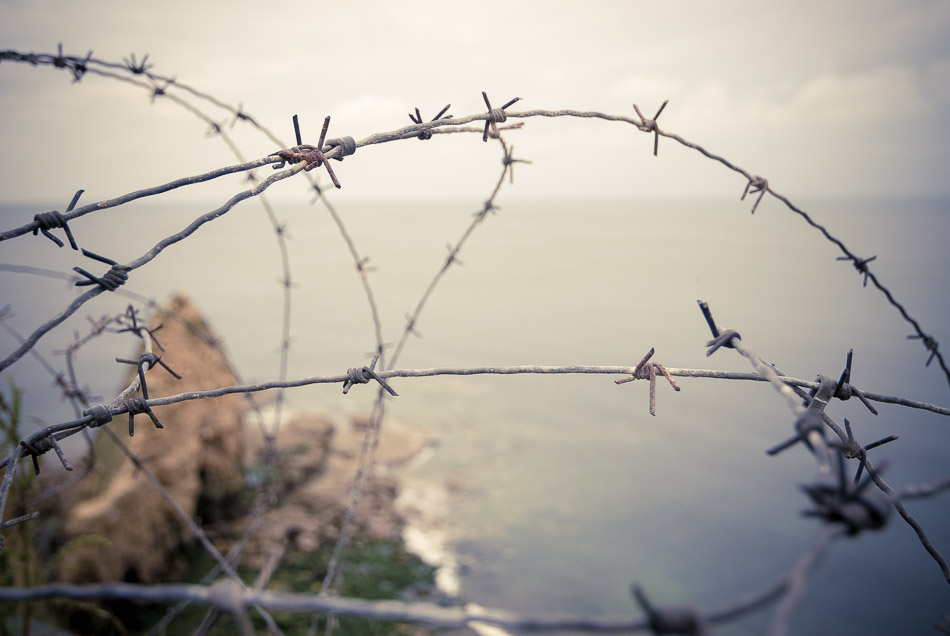 Seen from atop the 30m cliffs, the surf crashes into the tip of Pointe du Hoc below. The barbed wire is to keep visitors from exploring the sheer cliff face, but in 1944, it was used by the Germans to keep invading Allied forces from advancing from the sea and capturing the huge guns emplaced here. That invasion came on the morning of June 6, 1944, at great cost to the Allies, who did not know that the guns had been moved just two days prior.