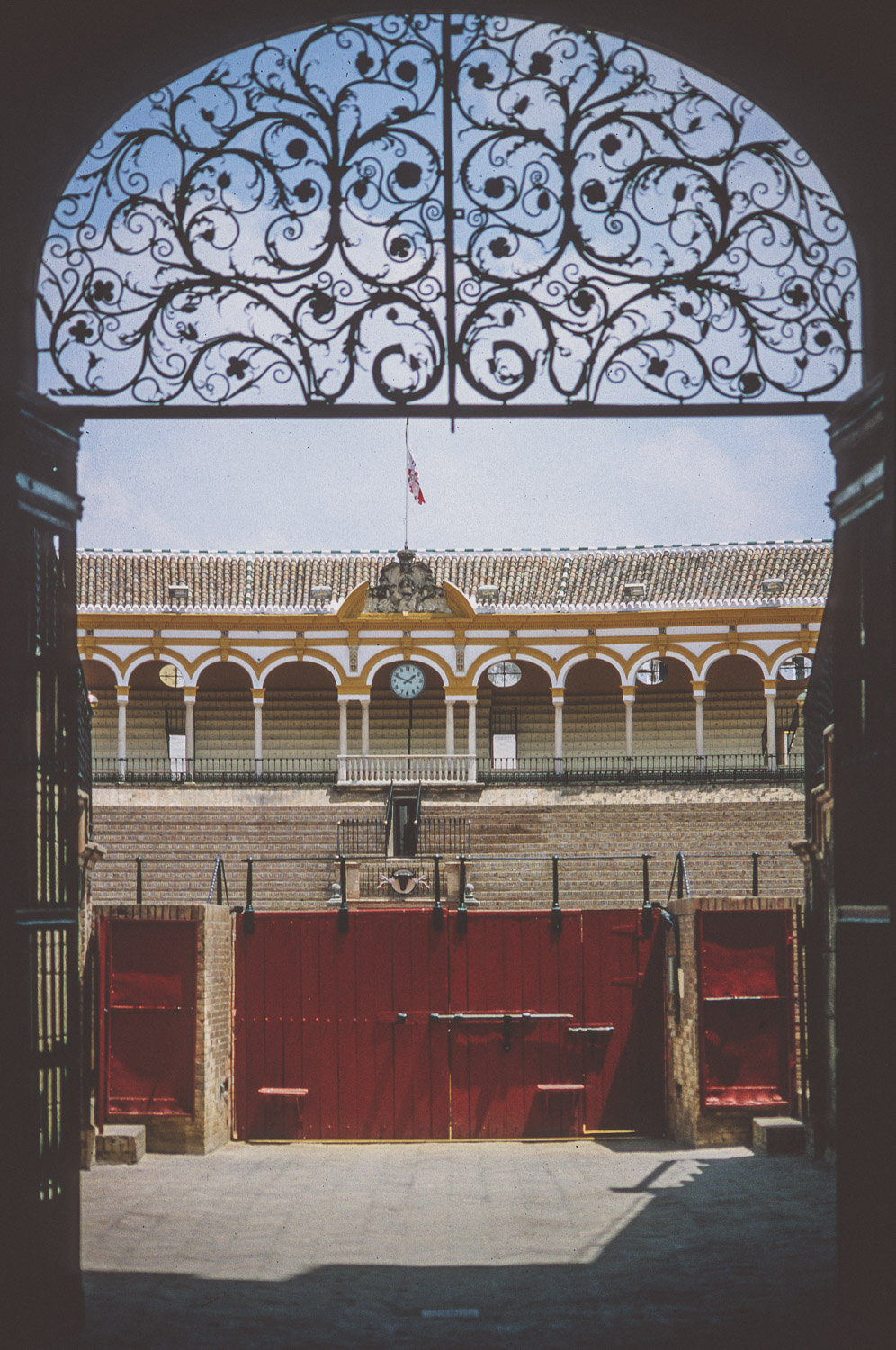 While not the city that originally spawned bullfighting (Spain’s national sport), Seville is the sport’s most historic and most celebrated home. For hundreds of years, in the stadium at the center of the city, each Sunday night has seen a battle of Man versus Beast. And this Sunday would be no exception. After a morning tour of the stadium, with a guide outlining the history of the sport and its celebrated venue, I queued and bought a €35 ticket for a seat 20 rows from the ring, brought my cameras and waited to compare the scene to my only prior bullfighting reference: the classic Bugs Bunny cartoon “Rabbit of Seville.” 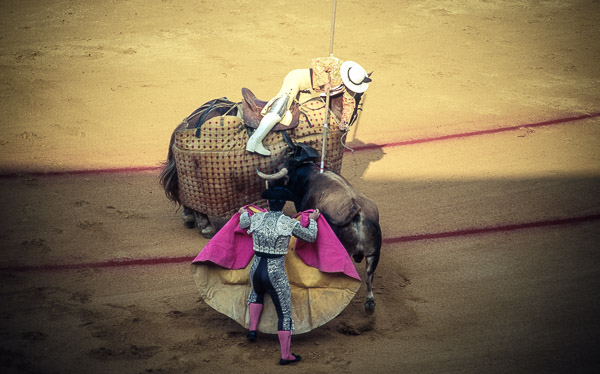 Mano Y Beefo it is not. A more appropriate name may be Progressive Torture of A Helpless Beast of Burden and Other Assorted Acts of Violence Against Animals. Even Bugs Bunny had a reasonable adversary. But at least the bullfighting is conducted by men wearing tight red pants and enough sequins to set Elton John’s heart aflutter.

A band announces the entry of the bull, whose statistics (mainly his weight) are displayed on a board above the entryway. Earlier, the tour guide noted how before entry into the arena,the bull is caged in its holding area and poked and prodded to achieve extra agitation. With the final blast of a horn, the beast is released and thunders down the tunnel into the arena, to the collective oohs and aaahs of an anxious crowd, evaluating the bull for its degree of pissedoffedness. And then the “game” is on. 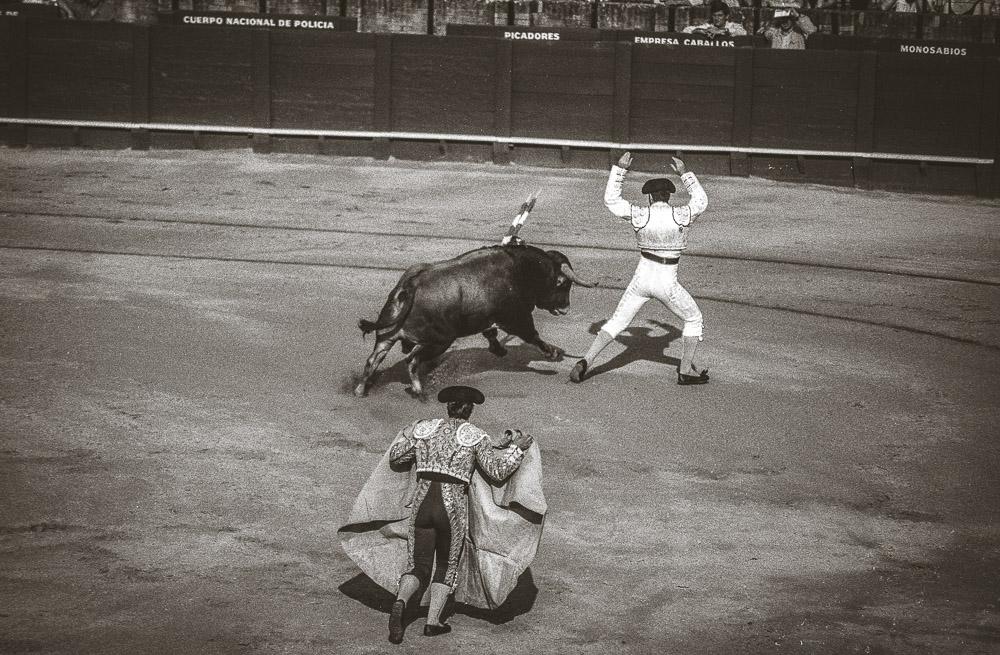 The first sequence is to tire the bull. Four peones (footmen) wave their flags and provoke a charge, but they retreat behind a wooden barrier in time to escape the oncoming horns.Mano Y Beefo it is not. A more appropriate name may be Progressive Torture of A Helpless Beast of Burden and Other Assorted Acts of Violence Against Animals.Picadors, armed with spears, enter on armored horses (yes, armored horses), their goal to stab the bull as it charges and rams the horse. Historically, the entire bullfight was conducted on horseback, a particularly gory process responsible for killing at least as many horses as bulls, but the practice has since been ended in favour of the current, mild equine beating. Banderilleros are next in the ring, with their short spears to harpoon the bull in three series of direct attacks. The end nears with the celebrated entrance of the Matador, who further tires the bleeding, panting bull before dealing it the fatal, sword-inflicted blow.

Each of three Matadors gets two fights per night and at the event’s conclusion, a particularly skillful Matador may be presented with a bull’s ear, should his performance be exceptional and warranting reward. But well before the Matadors killed the sixth bull of the night, I was rooting for the (understandably) angry, black beast, hoping he would (at minimum) send brave El Toro for a loop. Too bad it only happened once.