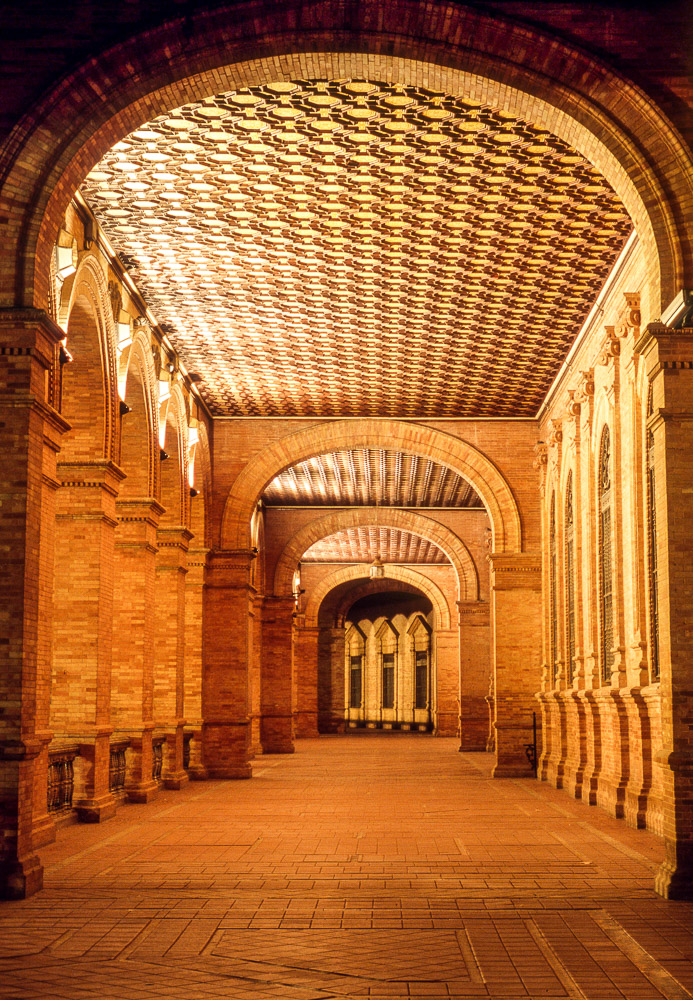 Plans coalesced on the beach in Lagos. Ready for a larger leap between cultures, I intended to cross the Strait of Gibraltar to spend about one week in Morocco. My guidebook had a seven day itinerary that sounded, like most other week-long guidebook itineraries of places I’ve never visited, to be a reasonable balance of perspective and breadth, considering the brief duration. Yet while I prefer to travel alone for most of my voyages, something about Morocco — in what would be my first visit to a Muslim country and vastly different from any place I had ever landed — led me to seek a travel partner who might be going in that direction. It wasn’t a requirement, but felt like it could be useful.

On my last afternoon in Lagos, at the beach with several other hostellers, I met Joe. Seeing Europe after leaving his home base in Minnesota, he was another solo traveler with similar designs on Morocco. After about five minutes of conversation, we agreed to reconnect in Seville in four days for the trip to the port city of Algeciras and the ferry to Africa. I would work out the bus and boat schedules and get back to Joe. Neither of us were particularly worried about our safety in Morocco or any potential language barrier or any other tangible reason, but moreso than other destinations either of us had visited, uncertainty convinced us to team up. Meanwhile we went our separate ways as I headed east by bus.

After some internet research in Seville the following afternoon, I’d written Joe with the updated plan: in three days, we would meet at the Seville bus station for a 1 pm departure, putting us at the Algeciras ferry terminal in time for an evening boat across the Strait of Gibralter.

But days passed in Seville and there was no reply from Joe. I couldn’t wait — I was ready to move on, alone if I had to. I made my way to the bus station, bought my ticket to Algeciras and walked out to the platforms. And on the bench in front of Platform 18, sitting with his backpack, Joe was reading his guidebook. He never saw my email and based on our earlier plans, came to Seville and just hoped he’d run into me. We were headed to Africa.

I’m struck by the kind of last-minute thought that precedes a departure for a week in an unfamiliar developing nation: before boarding, we need to steal as much toilet paper as we possibly can.

Three hours under a grey and rainy sky brought us here to Algeciras, where the only reason to visit seems to be to leave. A major transport hub, huge ships move massive amounts of cargo and people between Europe and Africa, separated by only 13km at the narrowest point.

Tickets in hand, we wait in the ferry terminal lounge overlooking the port and stare at the flow of traffic. Forklifts, trucks and cranes shuttle cargo containers between ships, trains and even more trucks. Watching the multicoloured swarm on the pavement below, I’m struck by the kind of last-minute thought that precedes a departure for a week in an unfamiliar developing nation: before boarding the ship, we need to steal as much toilet paper as we possibly can.