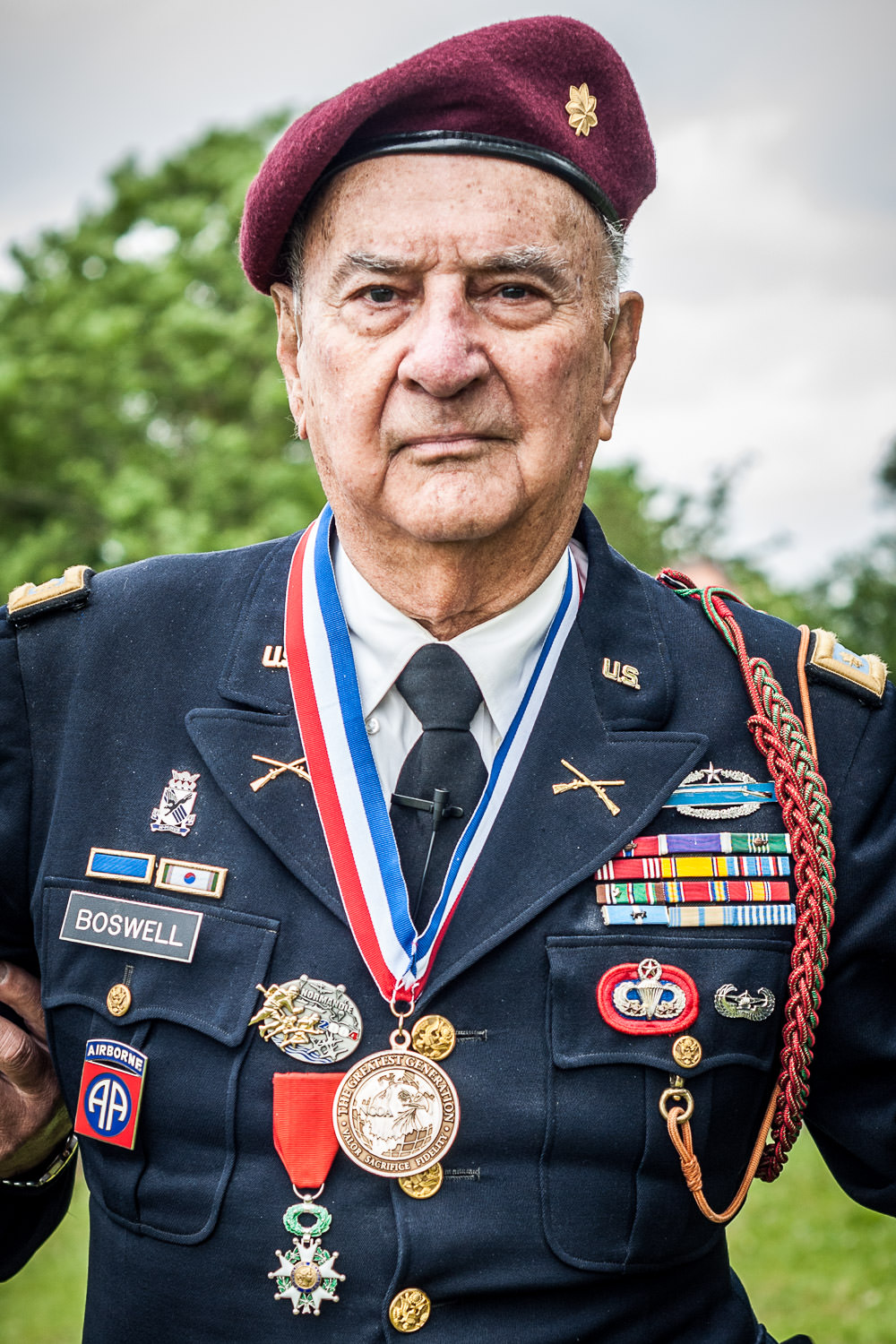 On the 70th anniversary of the Allied invasion of Normandy, a shot from June 6, 2012. Major Henry “Duke” Boswell at the La Fiere Causeway, after an Air Force monument dedication and flyover ceremony.

After first seeing combat in Italy, Boswell parachuted into Ste. Mere Eglise, the first town to be liberated in the campaign. He would later fight in Holland and Belgium, where Operation Market Garden and the Battle of the Bulge, respectively, were critical points in the war. By 1945, of the original 146 men in Boswell’s G-Company, only 13 remained alive and uninjured.