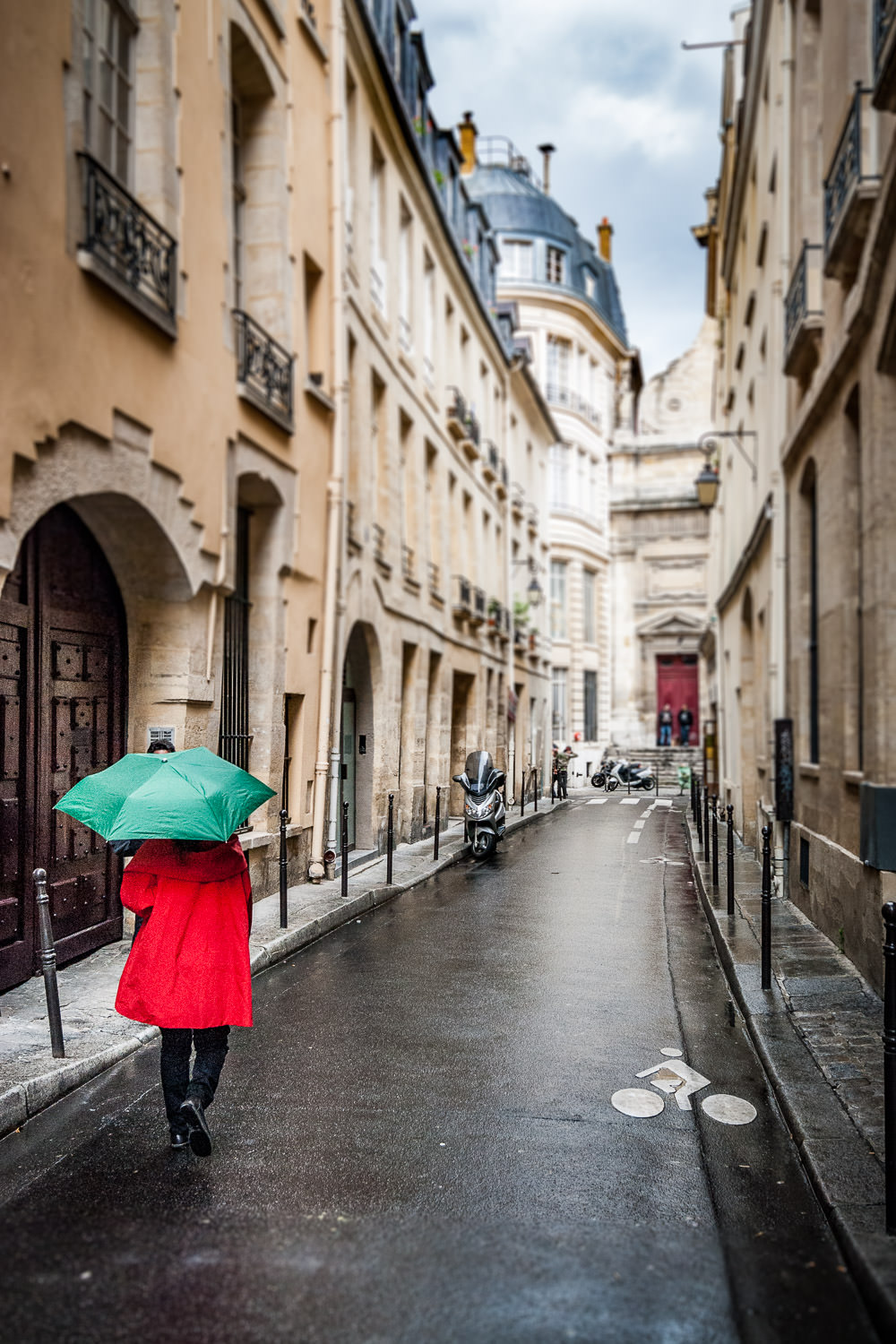 On the street that Helmut Newton called home.

The day prior, I had seen the first French retrospective of Newton’s work since his 2004 death. Two hundred original prints, on display at the The Grand Palais, curated by the legendary photographer’s wife. Inspired by his 1975 photo, Le Smoking, I found the street, walked and shot. It wasn’t at night. And there weren’t supermodels in tuxedos (or less). But just a few steps after this shot, the woman in red walked right over the location of Newton’s stunning image.