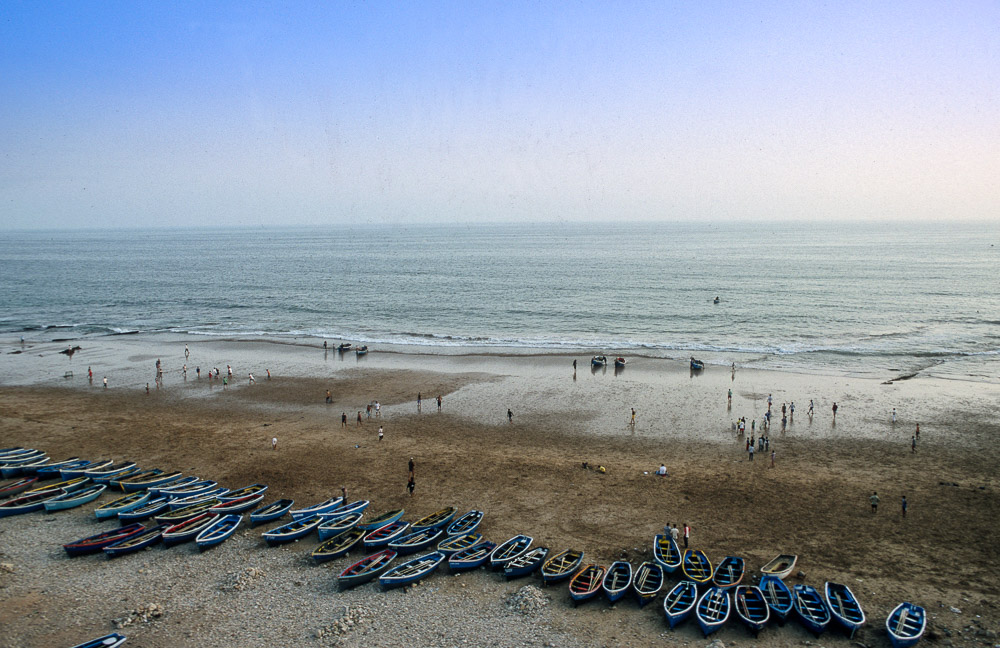 Having acquired some kind of cold in Marrakech, I’ve started to cough. I hoped that good food and the warm air would snuff it out before it (and I) became a nuisance. No such luck. I awake today to begin a two-day mountain trek with a full-blown hacking cough. 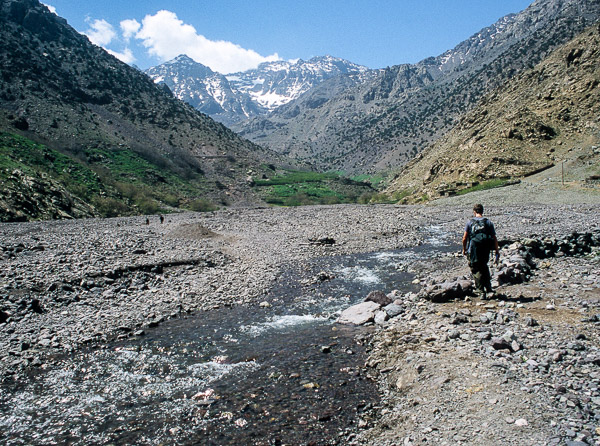 From the hotel at the mouth of a gauntlet of vendors (it’s especially nice to see those $2 Mars bars in a country where the median annual income is $2000), we depart at 9 am. Our 10 km route into the hills — a slow climb made more arduous for Joe because of my pathetic illness-inducedpace — takes us through amazing valleys, across river beds, past families living in tiny, isolated mountain villages, through isolated outposts existing as souvenir shops for climbers on their way down (unless some actually take beautiful, heavy rocks up the mountain with them…) and finall 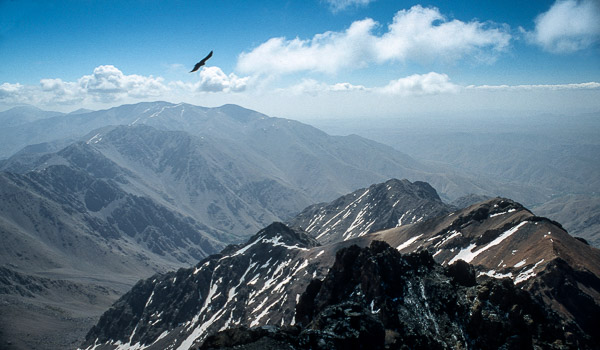 y to a base camp lodge. Set on a rocky plain cradled on all sides by massive peaks, we’ve moved 10 km from where we began in Imlil to an elevation of 3200 m, through the snow and assorted sundry conditions, where the mountain refuge — surprise! — has no heat. Comfort is at a premium. Layers of clothes are applied. We suffer. Sleep comes not because of tranquility but because of exhaustion. Before leaving Imlil, a deep search of my backpack yielded a tiny pair of knit gloves that had somehow escaped my car’s roadside emergency kit. I have no idea how the gloves ended up in that pocket on this trip, but I vow to have nice words for my car, and my Dad who bought me the kit, upon my return.

Seconds away from burning furniture for survival, we set out at 5 am for the 6 km ascent. The only other option is to remain in our sleeping bags, too cold to sleep. I have deep respect for those, the American couple included, camped outside in tents. Yet even at this hour of the morning, a large group of 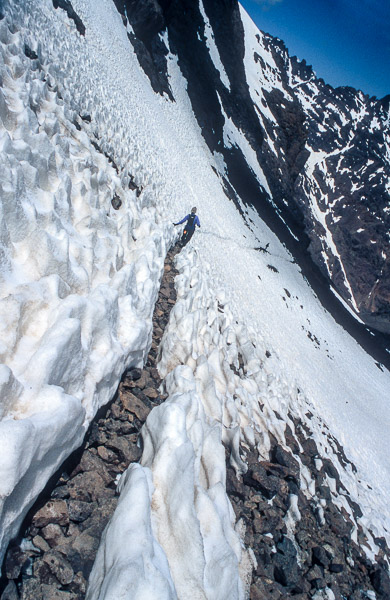 hikers is already far ahead of us.

Five punishing hours later, Morocco’s biggest feels like just a bump. But that might be because of a mighty, altitude-assisted hit from the flask of one of the Israeli climbers who reached the peak ahead of us.

In the snow and slush and ice at the stunning summit of the highest peak in North Africa, we opt for the quick route down: sliding down a few thousand vertical feet on our asses. The return time to the lodge is 45 minutes.

About halfway back on our 16 km departure hike to Imlil, a surprise downpour punishes us. Without rain gear, we huddle under the boulders of a tiny mountainside overhang and employ small plastic bags to protect valuable camera equipment. There is no escaping the torrents of rain and waiting only brings us closer to dark. We push on to our hotel in Imlil and deal with the biohazard waste that has become our shoes. The next morning, fed, rested and dry, a grand taxi brings us directly to Marrakesh. And we just keep going for a few hundred kilometers until we land on the beach in Agadir. Temperature: 40oC (104oF).

Agadir is Aga-dead and so is Tagahzout, despite the expansive beaches and camel rides. In a hotel with 20 rooms, we are the only occupants. Which makes us wonder why we are assigned the room with the view (and earful) of the early morning departure of a massive fishing fleet of motorboats,but at least it is warm.

In the snow and slush and ice at the stunning summit of the highest peak in North Africa, we opt for the quick route down: sliding down a few thousand vertical feet on our asses.

We move on and move north, despite Tagahzout’s premiere attraction of $5 calamari dinners with incredible hunks of squid the diameter of large onion rings. Note to future travelers: yes, they do To-Go bags. Maybe the motor boat tyrants aren’t so bad after all.