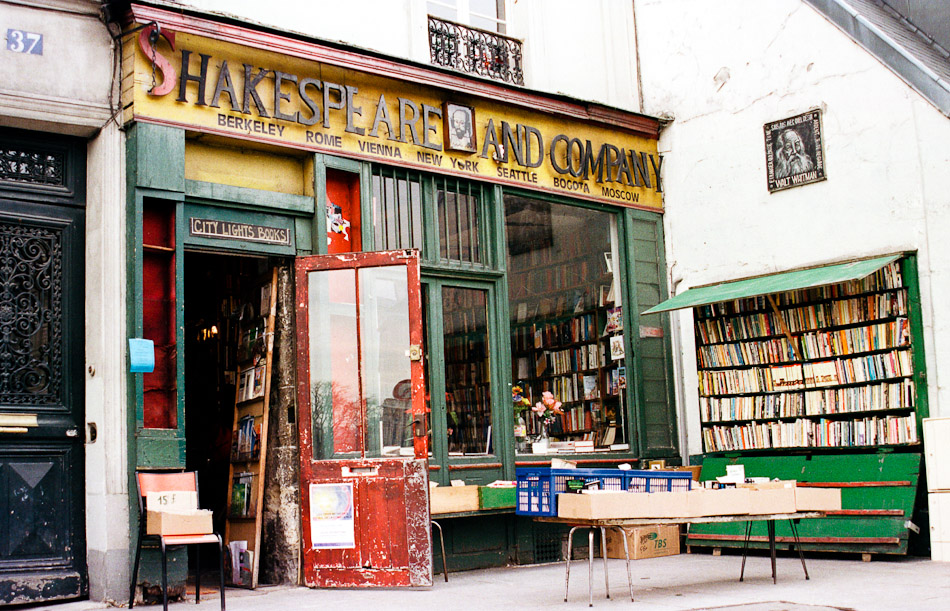 On a cloudy February day in Paris almost 12 years ago, I walked into the cramped store on the Left Bank and was awed. It was a scene of wall to wall books. Floor to ceiling, piled on tables and shelves, stacked on the floor, spilling out onto the sidewalk, where tattered and used titles were in a box marked ’15f’ (about $3). I had never seen anything like it. Or smelled anything like it. It was a pure, unadulterated literary paradise. The famous bookstore had been a beacon to writers, aspiring and successful, for decades.

Having just finished Keroac’s ‘Satori in Paris,’ I’d come to the store to experience the magnetic pull that drew in the Beats and countless other icons of literature. It was rarified air. And behind the counter was the man I’d read about. He had run the store since its reincarnation in 1951, carrying on the strong tradition that its founder, Sylvia Beach, had established. Fitzgerald. Joyce. Hemingway. Ginsberg. Stein — their trajectories had all run through those walls. The man behind the counter was talking about the history of the store with another visitor and he welcomed me to listen and chat. He showed me an autographed copy of James Joyce’s ‘Ulysses,’ published by the store. There was a twinkle in his eye as he related some of the store’s extraordinary history, and I was lucky enough to be hearing it from the man who made it happen.

I don’t remember exactly how long I explored the shelves and corners of Shakespeare and Company. But I loved every second of it, and thanked the man behind the counter on the way out. That man, George Whitman, died today in Paris at age 98. He will be buried in the city’s Pere Lachaise cemetery, where he’ll take his rightful place among other literary giants like Wilde and Balzac.

This photo was taken that day.

What a nice shot!