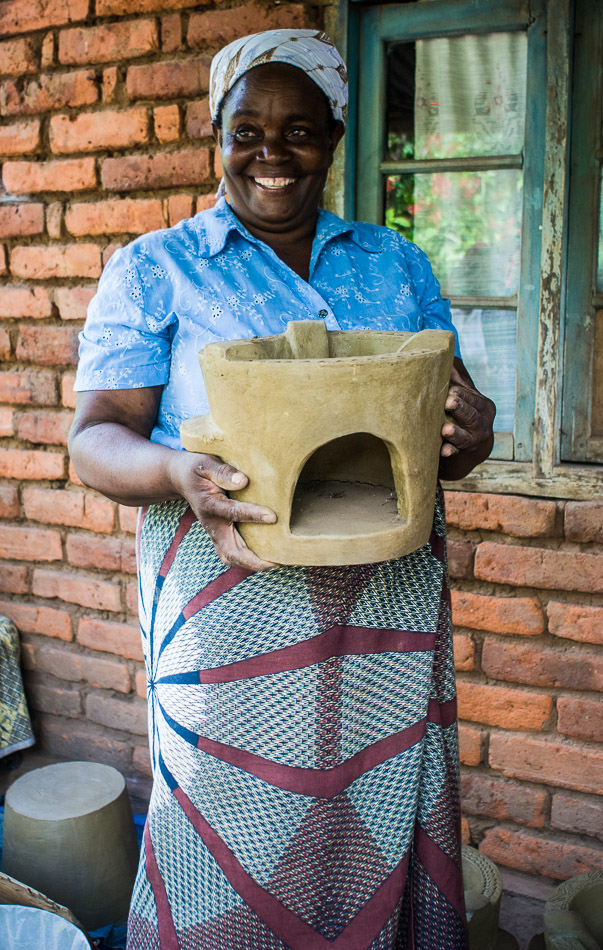 In a nation with as many resource challenges as there are in Malawi, cooking meals can be a very different process from what we experience in developed nations. Natural gas-fired stoves, electricity, convection ovens – forget it. Whether it’s a kitchen in a hut in the distant, rural reaches, or in a more affluent family’s house in a major city, most people are cooking over burning wood.

Driving along the roads of Malawi, the search for fuel plays out. People sell bags of charcoal by the side of the road. Cyclists carry these bags on their bikes. Or on their trucks. Or in wheelbarrows. And beyond the roads, the forests are being cut down at unsustainable rates.

In 1999, the German Academy for International Cooperation (GIZ) launched a development project to offer Malawians more options. Similar to efforts in Kenya, GIZ promoted a shift toward cooking on specially developed clay stoves. These stoves were designed to use wood or other biomass, but improve the combustion process by allowing more efficient use of oxygen. The stoves also keep the pots at an efficient distance from the flame, and allow users to cook wherever they wanted.

These “clean cookstoves” result in a typical meal using only 3 sticks instead of 9 on an open fire – representing a massive reduction in deforestation but also in the efforts, typically made by children, to collect the fuel. Less time in the firewood brigade means more time in school. And the stoves can be placed in locations where they can be better vented to reduce household air pollution, a major contributor to pneumonia. But perhaps most importantly, the stoves are produced by the villagers we’re meeting today. 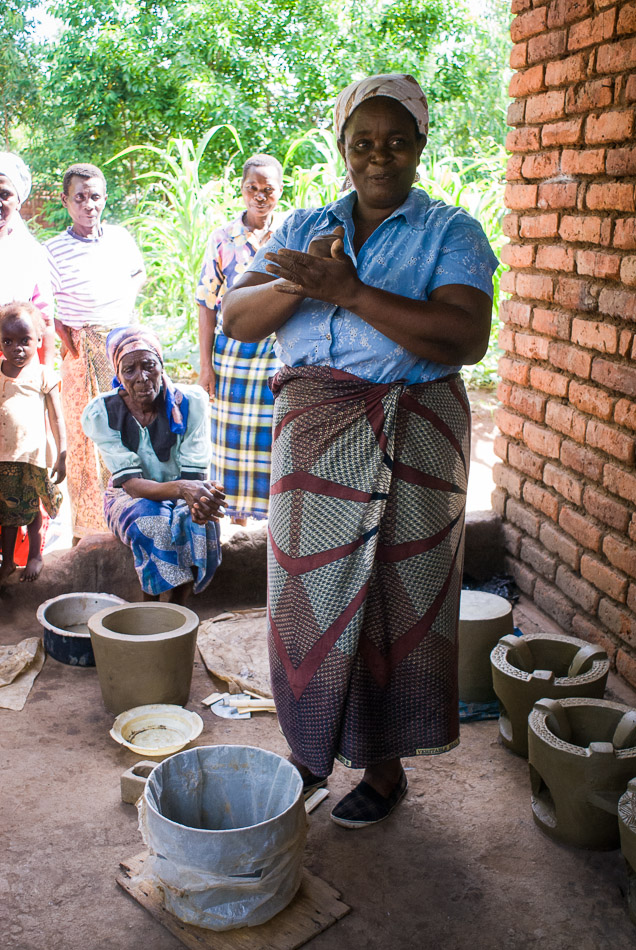 GIZ began their efforts by training women to produce these clay stoves in a standardized process, with simple tools like a metal bucket, plastic sheets and specially-sized bamboo sticks. Clay is added to water and cured in plastic for 2 weeks to make it more malleable.  The cured clay is spread out on a sack and ground underfoot, serving to both remove air bubbles and detect stones – both of which heat differently than clay and could cause loss of stoves during the firing. The processed clay gets pressed into plastic-lined bucket to form the shell, and then is shaped into specific dimensions with the standardized bamboo tools.

It takes one person a full day of effort to produce a cookstove, which then has a date and group name carved on the bottom. These markings help for perfecting the production process by identifying broken stoves and groups that might need technique changes. 120 cookstoves are placed in a giant kiln and fired for five to six hours, then covered and cooled slowly to retrieve the next day. The average stove lasts for two years, but they can function for up to five. The best production technique results in a stove that sounds like a bell when tapped with your knuckles.

Early adopters of these clean cookstoves saw immediate benefits. And in 2006, the producers decided they could sell the stoves because of such high use and satisfaction. More than 75% of the people in the area are using the stoves now, and the group makes more in sales from areas outside their village. A 5km exclusion zone helps protect their local market from nearby producers. But the producers aren’t always the best sellers of the stoves, however, where age and ability to take these heavy products to market have lead to the development of the larger collectives and partnerships. It’s a challenge to cost the production of a stove, but the final products are sold for 300 MK (about $1 US). The sale goes to the individual producer, with up to 20% sometimes allocated to the collective for things like transport costs and group activities.

The local cookstove program is now run by the Mulanje Renewable Energy Agency (MuREA), which also works on solar energy projects in the district. In Mulanje, environmental restrictions make access to harvestable wood more difficult, so the project is of particular utility. But suitable clay is available across the nation, and similar efforts have expanded to more districts with Dutch support. Across Malawi, there are now 60 groups producing about 300 stoves per group per year. 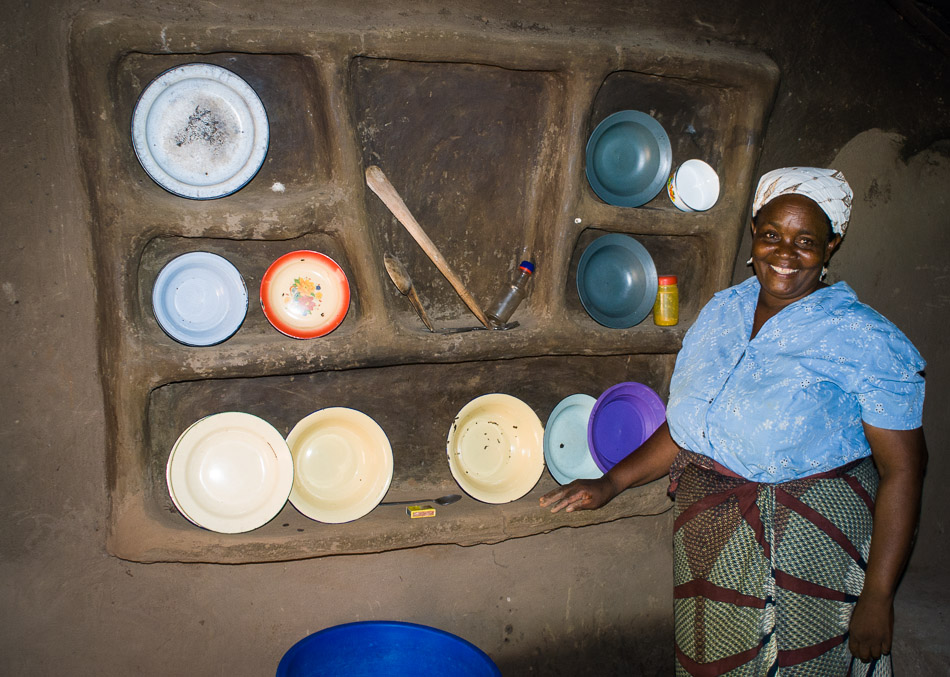 Beyond the use of a clay stove, these projects have sparked cultural changes. The sale of a stove also includes picture-based instructions on firewood and kitchen management technique, and how to split and dry wood for decreased smoke and better cooking.

There is no electricity in this village. And John from MuREA tells us that most of the women running this project are illiterate. The group leader has a mobile phone that her daughter taught her to use by memorizing the phone number sequence of the person who transports the stoves to market. But there is progress.  She beams with pride at her well-organized kitchen (pictured right). She is able to send her kids to school and have a better life because of these cookstove sales, and can now buy farm tools and inputs. Next, she tells us, her goal is to build her own home.

Postscript: I bought a cookstove from the collective, and along with my colleague, attempted to bring them back in our luggage. They were packed well. But mine wasn’t packed well enough. Upon opening the box when my lost luggage was eventually delivered, my stove had crumbled to small red chunks. The other stove survived intact. I will return for another.