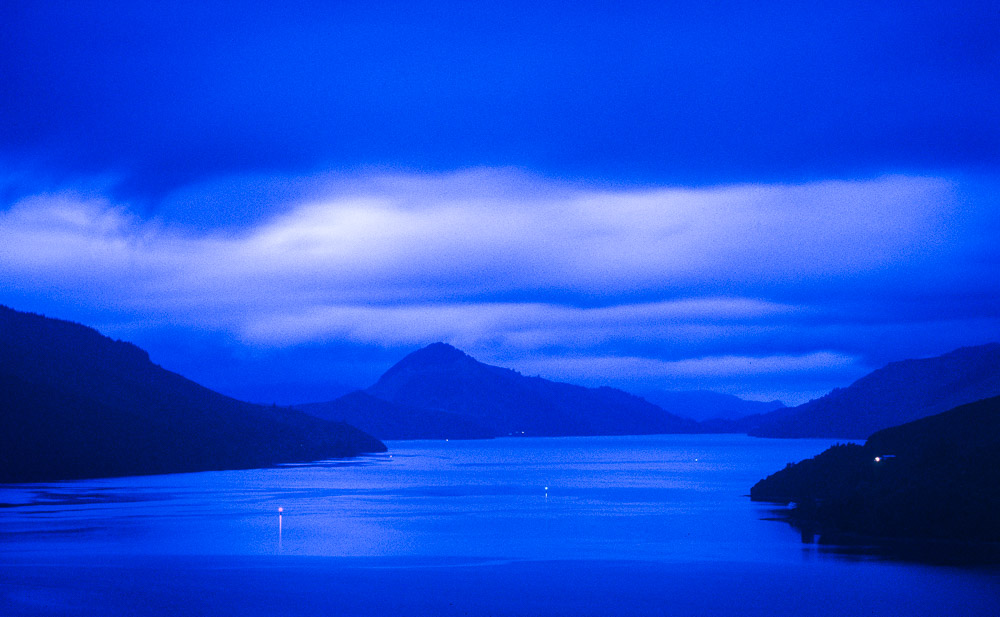 Abel Tasman National Park has golden beaches and water so clear that kayaks in shallow water simply appear to be floating in space. I bask in the sun and climb some of the 57 km of trails that wind and twist through dense trees. I wander beaches and explore tiny side trails. After a week of intense traveling, it makes for a relaxing change of pace. So relaxing, in fact, I miss the last water taxi out of the park, which I can see in the distance, pulling out of the bay as I round a corner of a hill.

At the next campsite along the trail, a ranger tells me it’s a four hour hike out. But there’s less than 3 hours of light left. If I march hard, he says, I can make it in two and a half. Without camping gear, in rapidly fading daylight, in a distinctly last-chopper-out-of-Saigon feeling, my only option is to hit the trail and hustle. With just half a bottle of water for the trip, I set out. A brutal hike at a fast pace, I lumber up a hill and pause for a quick drink of my rationed water.

With a few days left before their return, they decided on a camping trip to the park. After a few calculations of coordinates, we figure this will definitely be the last time we’ll run into each other. Third time’s a charm. And I’m off.

It’s dark. Beaten, broken and bloody from sandals wildly inappropriate for a top speed mountain march, I emerge from the four hour trail in two hours, 34 minutes. From the trailhead, I limp barefoot down the road to the car.

Back in Havelock, the Rutherford Hostel is full. Feeling strangely alert, I push on to Nelson, with its two guidebook pages worth of hostels. Still no luck. I strike out after five attempts.

Picton, where the car must be returned in the morning, is two hours away. So I drive, park at a campground and sleep in the passenger seat.

It seems to be a rule on vacation that it’s not really a trip unless I see somebody I know. I can’t say that I know Derek and William, the two Marines I was fortunate enough to chance upon on Christmas day, but after three encounters, several days and hundreds of kilometers apart, it’s beginning to feel like it. And yet none of those successive instances, fortunately, involved me needing to be rescued.