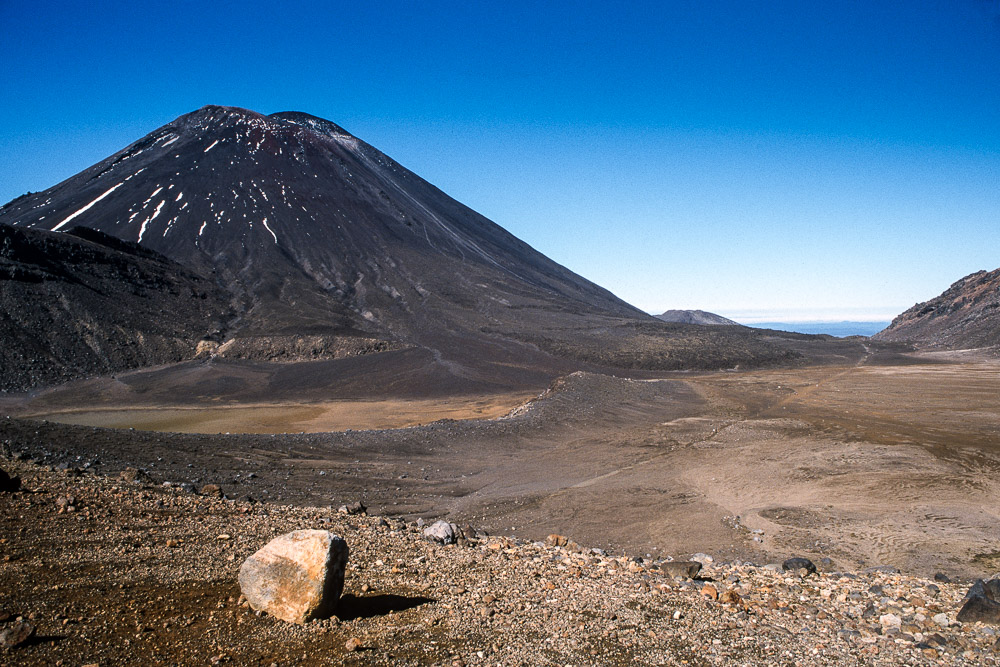 It began this morning in Taupo with a 5 am wakeup call for the bus ride to Tongariro National Park. The bars were still bumping and thumping with New Year’s festivities, but I suited up with cold weather gear, attempting to be prepared for the Tongariro Crossing, billed as New Zealand’s most spectacular one-day walk. “Spectacular” may be one word for it, but another may be “brutal.” 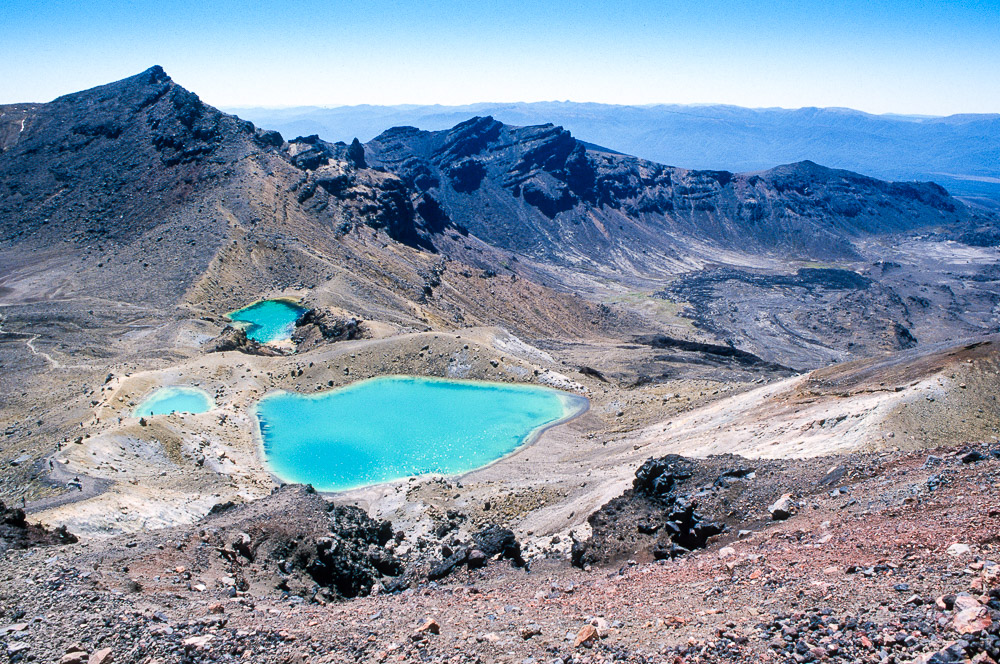 Or “grueling.” Or “Don’t Try This On Three Hours Sleep, Dumbass.” The bus was filled with a hardcore collection of hikers; there was no shortage of serious climbing gear and serious attitudes.

But the sky was overcast — there was moisture in the air after yester day, the first hot day following eight days of rain. As the last group was picked up from their hotel, the bus driver shouted that we shouldn’t worry about the sky as the clouds will burn off within an hour. An hour later, we emptied out of the bus and hit the trail. Under an extraordinarily blue sky.

Armed with my sustenance of water, chocolate and cheese sandwiches that were actually grilling themselves within the confines of my backpack as I hi ked, the eight hour track lived up to its billing. I can now say that I have summited Moldor (also known as Mount Tongariro, for you non-Lord Of The Rings fans). The perfectly symmetrical volcanic cone of the relatively newly minted Mount Ngauruhoe was a tempting side track, but the climbers ascending that trail actually looked like they knew what they were doing. And they had their sunglasses.

Armed with my sustenance of water, chocolate and cheese sandwiches that were actually grilling themselves within the confines of my backpack as I hiked, the eight hour track lived up to its billing. 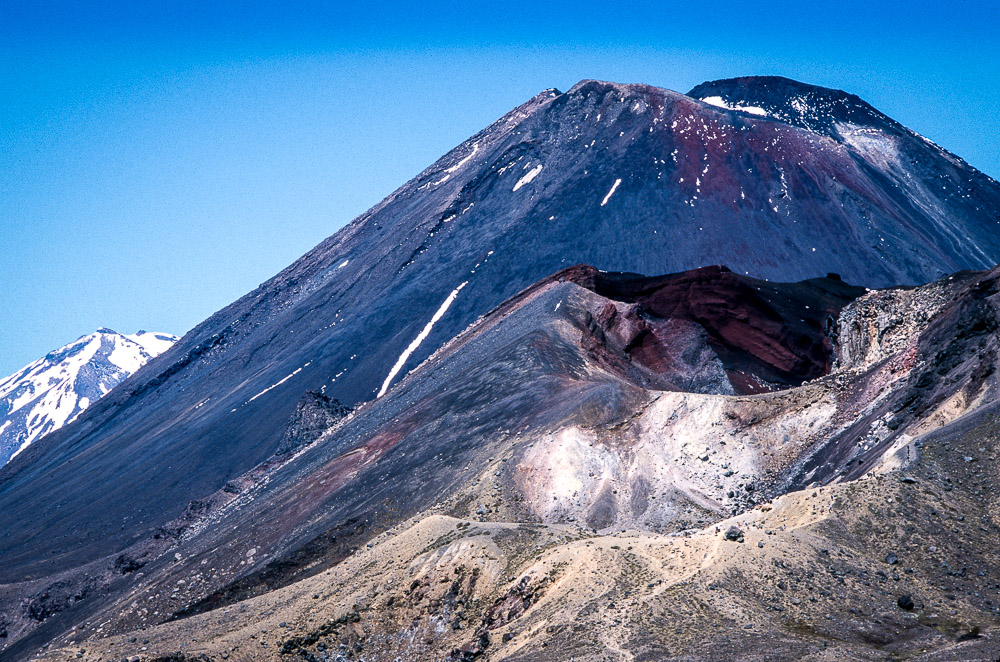 With the Tongariro Crossing, a major checklist item for this trip, behind me, I need a vacation from this vacation. So tomorrow I’m off to Auckland and back to Waiheke Island.