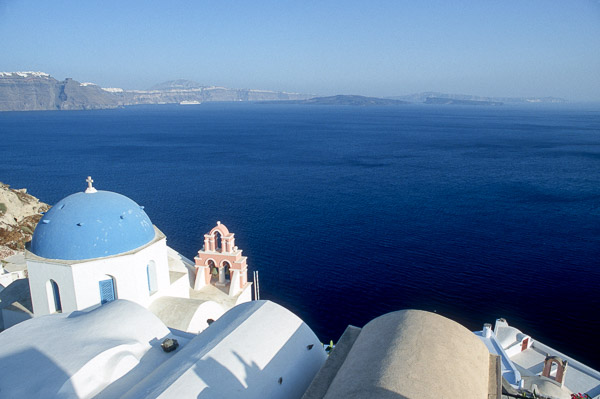 Santorini was meant to be a one-night stand: a quick reunion with an island I loved my last time in Greece, while en route to the uncharted territory of Crete and Rhodes. My first visit to Santorini sold me on a place with fabulous volcanic beaches (take your pick of red, black or white sand), beautiful towns whose images have come to define the country in calendars and postcards, wonderful people whose attitudes stood in distinct contrast to almost every single experience in Athens, and great (read: cheap) food. Bloated from gyros, jacked on ouzo, I 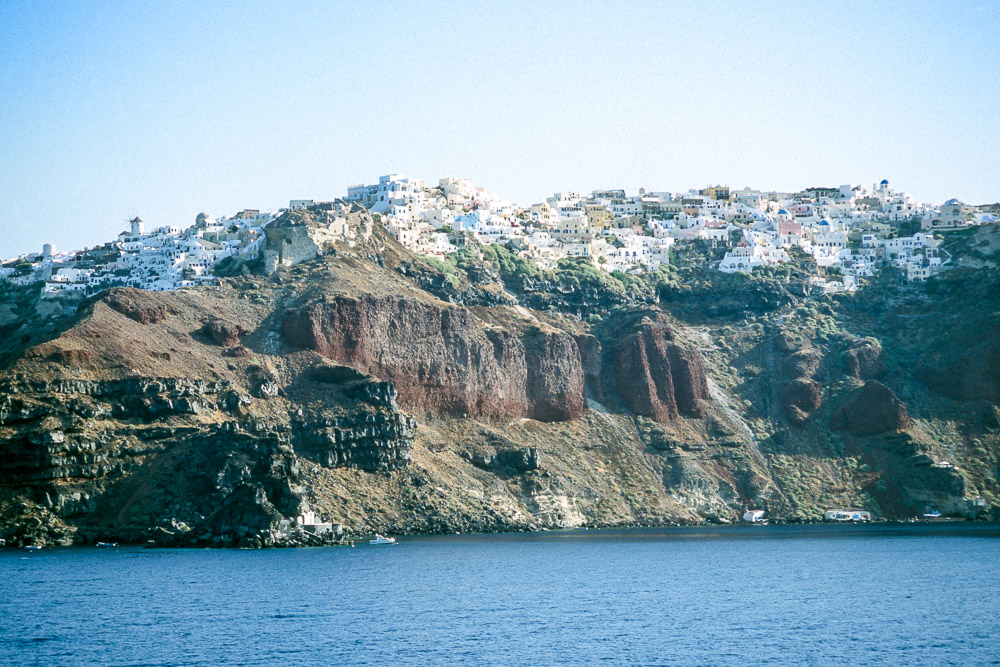 stayed longer here in 2001 than any other destination on that trip. Now: Take two.

Bloated from gyros, jacked on ouzo, I stayed longer here in 2001 than any other destination on that trip. Now: Take two.

In a return to the center of my Greek culinary universe, my first gyros of the day was at Lucky Souvlaki’s. After arriving in town from the ferry port, I was one of the first customers of the day. A day where there would be five more gyros before it was over. Welcome home. Yes, please!

The Olympic spirit is in the islands, too, even if the haze of mainland nastiness is still hovering over Athens. 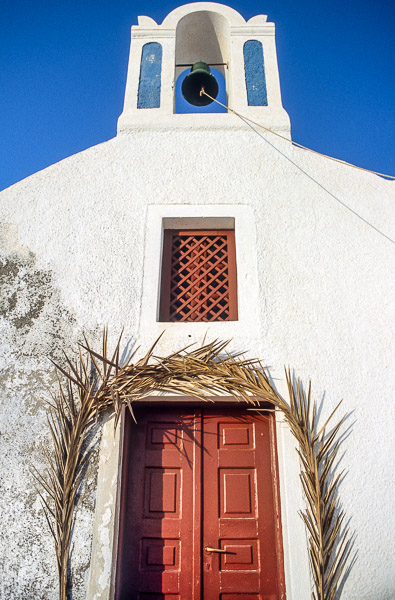 Santorini has the vibe. Or at least five brightly lit rings hanging above the town square. With much celebration (a high school band, a stage and about $18 worth of fireworks), the Olympic torch was relayed through Fira town and I wasted no time joining the festivities by lighting a cigarette on Santorini’s flame.

A one nighter in Santorini. Whatever. Who was I kidding? It would be so easy to pass the rest of the summer on this island, but I must move on. Six nights after arriving, after mad fun with new friends and a special new acquaintance, Ursis, an incredible berry-flavoured Swedish liqueur which has replaced ouzo in my alcoholic repertoire, I abandon my original plan to see the two new Greek islands and instead head east in a monstrous day of travel.