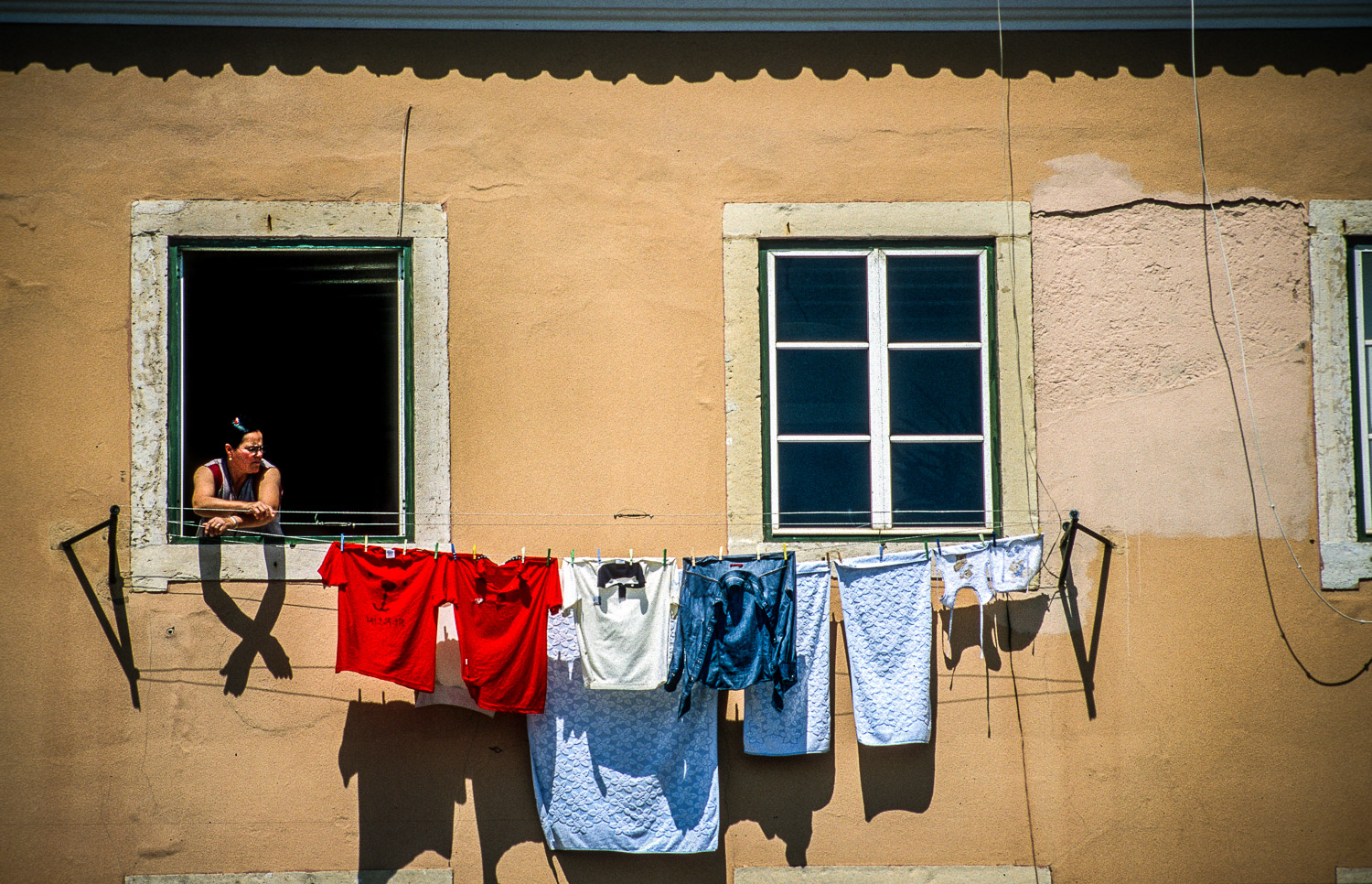 Probably the same way you say “Stupid Tourist.” I would like to say it was a dark and stormy night, as if that was some kind of excuse. But it was the middle of the afternoon. And I had no excuse. It started with a standard morning on the road: I woke up to the standard hostel breakfast, did the standard sightseeing and standard photography, the standard marathon of walking. I was on my way to the oft-photographed monument that seems to define Portugese tourism, the Tower of Belem, when I boarded the streetcar. In line at the bottom of the tram’s steps, an old man pushed his way past, hitting me with an elbow and upsetting a bunch of people around me as he made his way aboard. I paid my money and stood in the middle of the tram, resting my backpack on the wall. I had my big bag with me because directly after Belem, I would be off to the south of Portugal for some beaches — after kicking off this trip in Lisbon and the crazy two weeks that preceded my arrival in Europe, I desperately wanted to relax.

Just a few minutes after boarding the streetcar, I realized it was gone. My wallet had been in the side pocket of my cargo shorts. Now, it wasn’t.

Just a few minutes after boarding the streetcar, I realized it was gone. My wallet had been in the side pocket of my cargo shorts. Now, it wasn’t. Both pocket buttons were undone and the wallet had vanished. 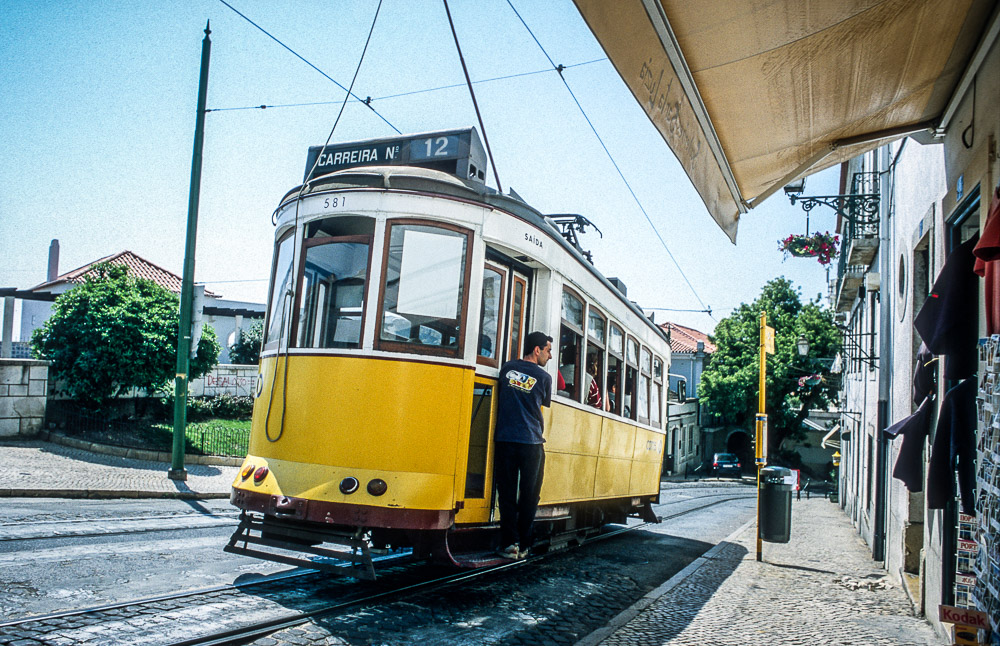 I got off the streetcar at the next stop, talking to a local man beside me, who quickly realized what had transpired and was helping me out. It turns out that pickpockets are common on the route. The tram stop happened to be adjacent to a police station and with quick translation and explanation from my new friend, the hunt began. Into a police car, lights flashing, we raced after the tram. The elbow in my ribs was the cover for the lift.Caught it. Stopped it. Did a walkthrough with two police. The old man was gone.

Back at the station, after a full report, I went to use the phone to dial the toll-free credit-card-canceling phone number the police gave me. It came on a convenient sheet with a comprehensive list of North American banks and credit card companies. I wasn’t the first to need this service.

In a final insult, even the damn payphone took my money and didn’t connect to the number, leaving me with exactly €0.04. Four cents is about as broke as a backpacker can be. And the worst part: stuck in a city of wonderful food, just after lunchtime, with €0.04, having only eaten breakfast. Now it’s personal.

From inside the police station, after numerous calls to banks and credit card companies, everything was canceled. At least I had kept my passport hidden away deep in my backpack. Then it was off to another police station, across town, where they spoke better English and dealt better with retarded tourists (bright, primary colours, monosyllabic words, etc.). The police estimated a 50 percent chance of my wallet being returned. The thief was only interested, the officer said, in the cash and the wallet would likely be discarded on a sidewalk or bench, credit cards untouched. The other half of the odds meant that the wallet could just as likely be on its way to Lisbon’s landfill. I was already wondering where to buy my the money belt I had always gone without.

I’ve gone from budget-oriented travel to absolute penniless travel — Europe On A Shoestring has become Europe On No Strings. 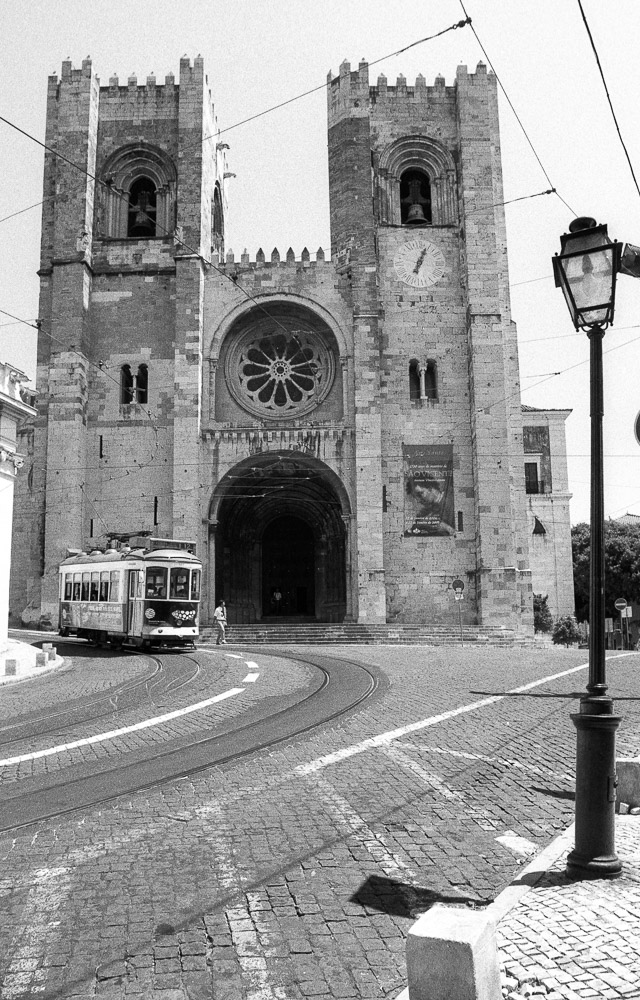 On the road to recovery, there is progress. A new, emergency Visa card is on the way, to arrive in two days at a bank in the south of Portugal, where I am headed. A Western Union money wire is coming from the bank at home, which should last until I receive the new card. Someone in the hostel gave me some bread and an apple. Another traveler, who I toured and ate with last night, lent me a few bucks until I receive the wired money. I’ve gone from budget-oriented travel to absolute penniless travel — Europe On A Shoestring has become Europe On No Strings.

I’ve written in the past about the perpetual yin and yang of my travels. It never fails. But if this is the yin, I eagerly await the yang. It had better be %#!@*’ing good. After a crazy finale to my two and a half years in graduate school in South Bend, Indiana, I am abroad again. 102 days. More than 12 countries are planned. And as usual, I have only a vague outline of my route. Between here and my return from London on August 24th, the general itinerary is to tour the Mediterranean from west to east, including some of North Africa. I kicked it off in Lisbon, Portugal,where I’ll be moving to the south, then to Spain, Morocco, then back up through Spain, though the South of France, and Italy, and east to points beyond. All the way, I hope, to Istanbul.

This is where the summer begins.