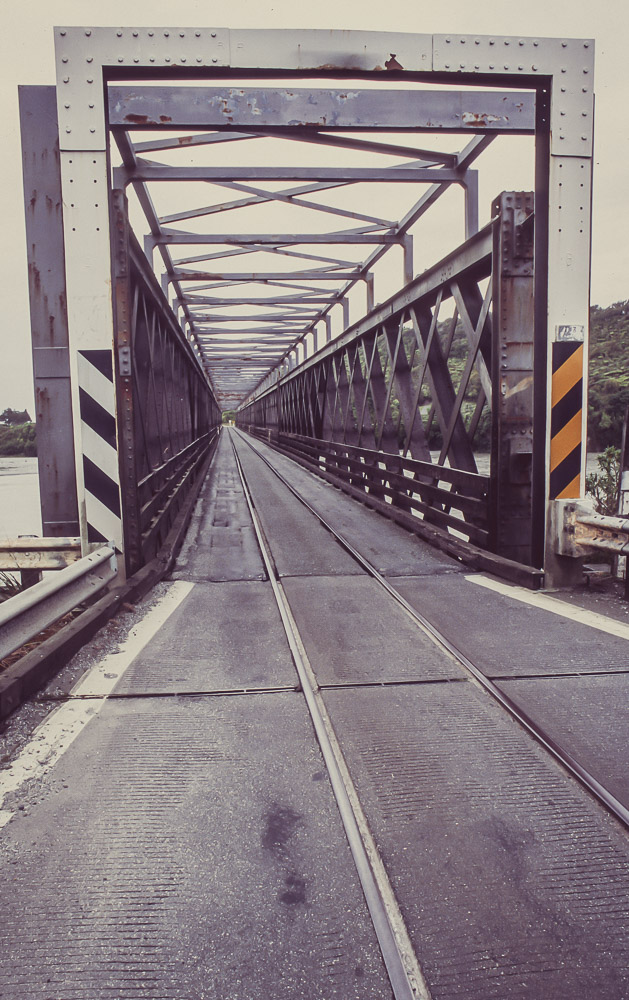 Driving more than 2500 km around New Zealand is an endeavour filled with hazards. But winding roads and falling rocks and monsoon rains are to be expected. It’s the bridges I’m not prepared for. 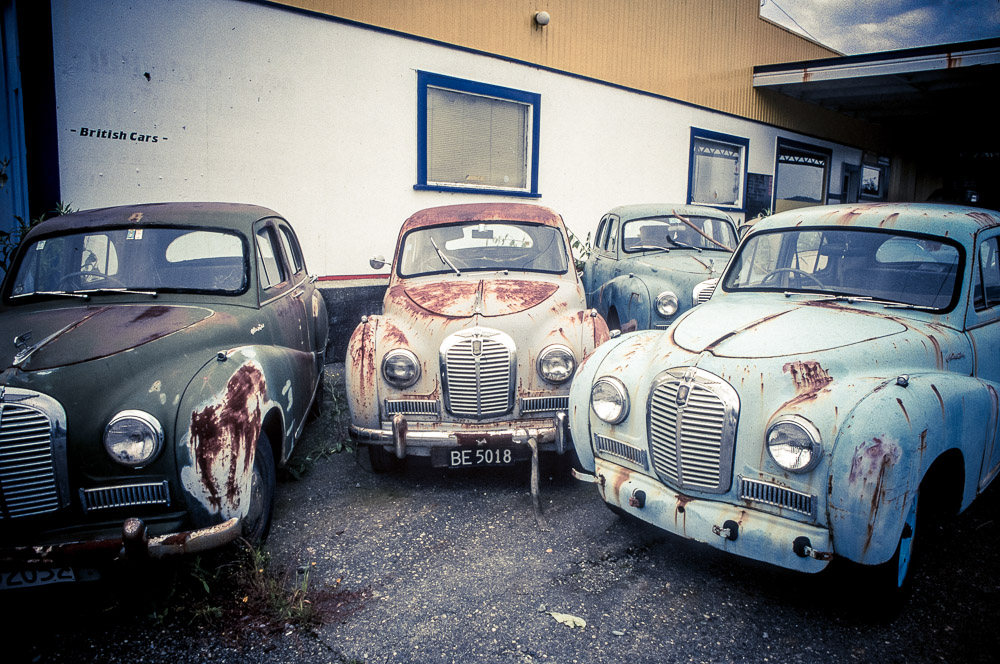 Constructing highways through challenging landscapes has led to bridge designs that are rather shocking by North American standards. While we might expect a two-lane road would necessitate a two lane bridge, in New Zealand there is no such luxury. On either sides of spans large and small, roads narrow and funnel traffic into one lane across a bridge.

There is often a right-of-way sign, indicating which driver must yield to oncoming traffic. The exception to the signs, however, are the long bridges where driver’s can’t see the opposite end. North of Fox Glacier, we come to a stop in front of one. This bridge, like many of comparable length, have pullouts at various points, so oncoming traffic can pass. Traversing the whole span would be too long of a wait for traffic at the other end, so drivers enter and sort out the right of way at various waypoints. But this bridge has another uniquely New Zealand wrinkle: Not only is the single lane bridge used by bidirectional traffic, but down the middle of the bridge runs a train track. Cars can duel for who goes first, but on this bridge, everyone yields to locomotives. 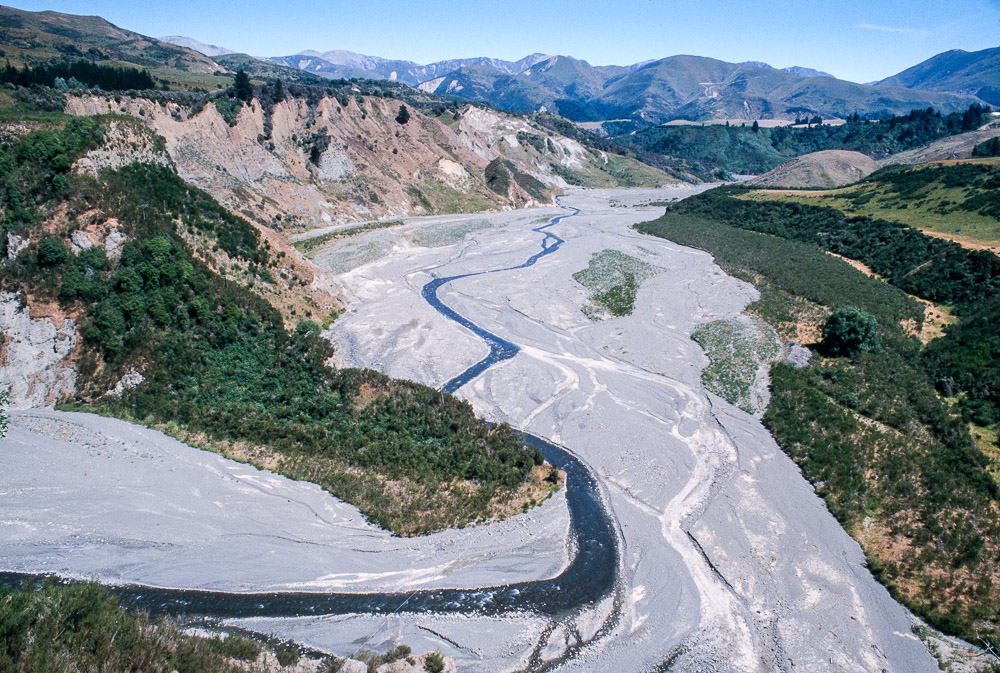 We aim northeast, planning to cross the island en route to Kaikoura. But a flash of souvenir-itis strikes me at Hokitika, known for its jade. Searching for nothing in particular but wanting something, the Jade Factory is the first stop. Everything in the display cases is gorgeous and the dark jade is pristine.

William buys a thousand dollar Triple Twist to keep in his F-18. The carving is a Maori symbol of good luck when traveling over water. I buy a Koru pendant, representing growth, harmony and new beginnings.